There are 16 homes listed for sale – 9 Active listings and 7 Active Under Contract listings – in Wallingford PA and Nether Providence Township on January 12, 2021 with an average asking price of $443,031.

Mortgage rates started the year with a new record low. The 30-year fixed-rate mortgage dropped to a 2.65% average this week, the lowest since Freddie Mac began tracking such records more than 50 years ago.

“Despite a full percentage point decline in rates over the past year, housing affordability has decreased because these low rates have been offset by rising home prices,” says Sam Khater, Freddie Mac’s chief economist. “However, the forces behind the drop in rates have been shifting over the last few months, and rates are poised to rise modestly this year.” That could prompt a decline in housing affordability and squeeze home buyers during the spring selling season, Khater cautions.

The National Association of REALTORS® has forecasted mortgage rates to average 3.1% in 2021. 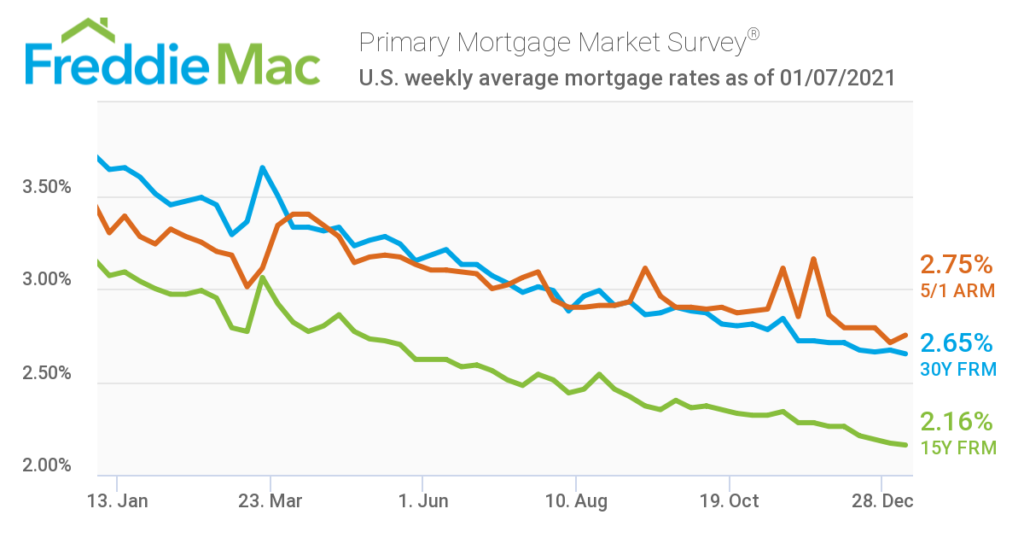 View all Homes Listed In The Last 7 Days

2 new listings came onto the market

1 listing was withdrawn from the market

No listings were temporarily taken off the market

25 homes are Under Contract at this time