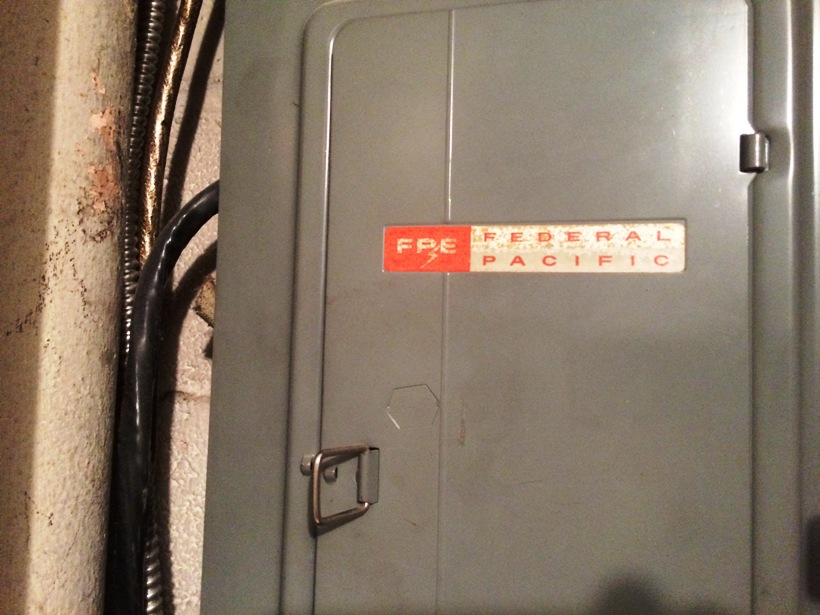 I was walking through a prospective listing last week and asked to see the electrical panel. It turned out to be an older model manufactured by Federal Pacific, which was one of the most popular manufacturers of electrical panels between 1950 and 1980 and installed in millions of homes. A discussion ensued regarding the real potential dangers of this equipment and the almost certainty that a home inspector will call for it’s removal and replacement.

What makes these electrical panels so unsafe?

Federal Pacific panels and their associated circuit breakers under the brand name Stab-Loc run the significant risk of breaker malfunction which has lead to numerous documented fires. Circuit breakers in an electrical panel are designed to protect your home by preventing circuit overloading. When an overload occurs the circuit breaker trips and shuts down power to that electrical circuit.

In tests the Federal Pacific and Stab-Loc combination have been proven to be defective and do not adequately protect a home from circuit overloading. There have also been reports of these breakers failing to shut off properly when placed in the off position which can lead to some nasty consequences if you are working on a circuit that you believe is powered off. One estimate has this combination of panel and breakers to be the cause of 2,800 fires a year nationwide. The company has been out of business for years but the dangers of their product is still out there.

These electrical panels are pretty easy to identify. The name Federal Pacific is written on the cover of the breaker box, as pictured above. Inside the box look for the name Stab-Loc printed near the center or side of the panel.

This story has a happy ending. After contacting their electrician and upon his recommendation the prospective sellers are having the electrical panel replaced which eliminates one future hurdle.