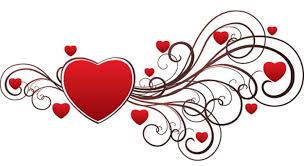 Valentine’s Day has become a big deal. According to the National Retail Federation, Americans will spend an average of $146.84 on Valentine’s Day, with total sales expected to reach $19.7 billion, a 2016 TIME  article reports.

But how did this all start?

Though no one has pinpointed the exact origin of the holiday, one good place to start is ancient Rome, where men hit on women by, well, hitting them.

The Romans celebrated the feast of Lupercalia from February 13 to 15. During the celebration men sacrificed a goat and a dog, then whipped women with the hides of the animals they had just slain. Historical accounts report that young women would line up for the men to hit them in the belief it would make them more fertile.

The brutal fete included a matchmaking lottery, in which young men drew the names of women from a jar. The couple would then be, coupled up for the duration of the festival – or longer, if the match was right.

The ancient Romans may also be responsible for the name of our modern day of love. Emperor Claudius II executed two men – both named Valentine – on Feb. 14 of different years in the 3rd century A.D. Their martyrdom was honored by the Catholic Church with the celebration of St. Valentine’s Day.

Pope Gelasius I  combined St. Valentine’s Day with Lupercalia the 5th century to expel the pagan rituals. But the festival was more of a theatrical interpretation of what it had once been. It was a little more of a drunken revel but it remained a day to celebrate fertility and love.

Around the same time, the Normans celebrated Galatin’s Day. Galatin meant “lover of women.” That was likely confused with St. Valentine’s Day at some point, in part because they sound alike.

As the years went on, the holiday grew sweeter. Chaucer and Shakespeare romanticized it in their work, and it gained popularity throughout Britain and the rest of Europe. Handmade paper cards became the tokens-du-jour in the Middle Ages.

Eventually, the tradition made its way to the New World. The industrial revolution ushered in factory-made cards in the 19th century. And in 1913, Hallmark Cards of Kansas City, MO, began mass producing valentines. February has not been the same since.

The Greeting Card Association estimates that as many as 145 million Valentine’s Day cards are purchased every year – and there is a lot to choose from. Hallmark makes 1,400 different varieties of cards to mark the day. 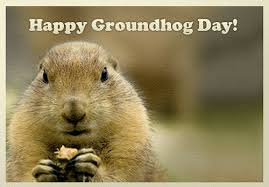 The origins of Groundhog Day can be traced back to the 1700’s when arriving German settlers brought with them a tradition known as Candlemas Day. This tradition can traces it’s roots back even further to an ancient Pagan celebration. The dark of winter was a frightful time for the ancients and at the mid point of  the Winter Solstice and the Spring Equinox – approximately February 2 on today’s calendar – superstition held that if the weather was fair, the second half of winter would be stormy and cold.

The tradition continued with the early Christians in Europe, and it became the custom on Candlemas Day for clergy to bless candles and distribute them to the people in the dark of winter to light their homes.  The weather on February 2 became a harbinger for the future.  If the sun came out February 2, halfway between Winter and Spring, it meant six more weeks of wintry weather – “For as the sun shines on Candlemas day, so far will the snow swirl in May…”.

Since the first recorded trek to Gobbler’s Knob in Punxsutawney, PA on February 2, 1887, Punxautawney Phil has seen his shadow 102 times and recorded no shadow 17 times (9 years of predictions are missing from the records). When coupled with actual weather records Phil only has an accuracy rating of about 39%.

An anticipated crowd of over 30,000 will be on hand on February 2 in Punxsutawney to see if Phil can get it right this year. 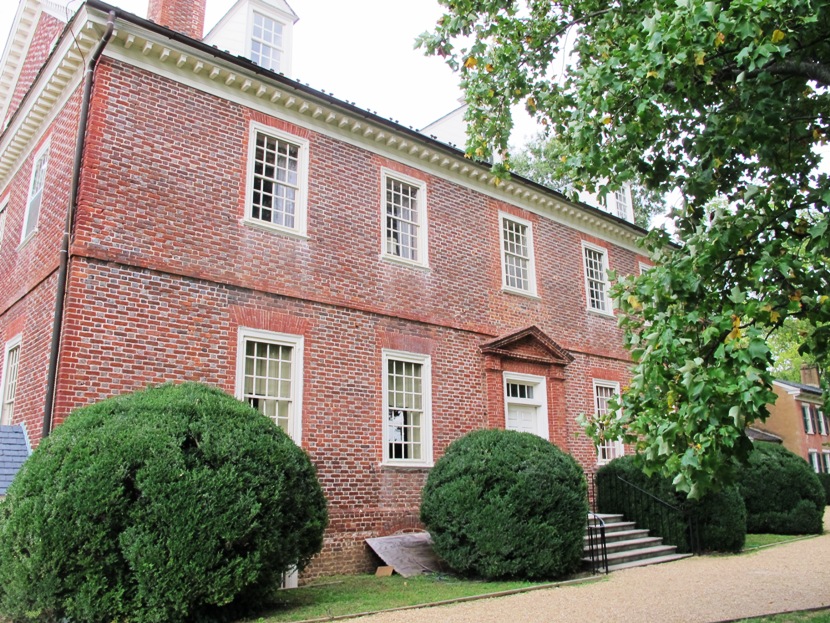 Berkley Plantation On The James River In Virginia

We were all taught that Plymouth, Massachusetts was the site of the first Thanksgiving right? But according to historians, a full year and 17 days before Pilgrims ever stepped foot upon New England soil, a group of English settlers led by Captain John Woodlief landed at the site of today’s Berkeley Plantation located 24 miles southwest of Richmond, Virginia. After they arrived on the shores of the James River, the settlers got on their knees and gave thanks for their safe passage. There was no traditional meal, no breaking bread with Native Americans, no turkey. America’s first Thanksgiving was about prayer, not food.

Captain John Woodlief departed Bristol, England on September 16th, 1619 aboard the 35 foot ship Margaret  bound for the New World. Aboard with Woodlief were 35 settlers, a crew, five “captain’s assistant”, and a pilot.  Woodlief had been to Virginian previously as survivor of the 1609 – 1610 Jamestown’s “Starving Time.” The mission of those aboard Margaret was to settle 8,000 acres of land along the James River that had been granted to them by the London based Berkeley Company.

Following a two and a half month journey across the Atlantic, the Margaret entered the Chesapeake Bay on November 28, 1619. They finally arrived at their destination, Berkeley Hundred, later called Berkeley Plantation, on December 4. They disembarked and gave thanks for their safe passage. The Berkeley Company had given written orders to Captain Woodlief that their arrival must “be yearly and perpetually kept holy as a day of Thanksgiving to Almighty God.”

For more than three centuries Virginia’s first Thanksgiving was lost to history. It was not until 1931 that a former president of William and Mary was researching early Virginia history when he came upon the Nibley Papers authored by John Smyth that recounted the 1619 settlement of Berkeley. This account provided the evidence that the New World’s Day of Thanksgiving did indeed occur in Virginia in 1619.

In November 1963, just 17 days prior to his assassination, President John F Kennedy in his Thanksgiving Proclamation acknowledged Virginia’s claim, saying

Over three centuries ago, our forefathers in Virginia and in Massachusetts, far from home in a lonely wilderness, set aside a time of thanksgiving.

The first celebration in the New World had taken place before the Pilgrims had even left port.

Berkeley Plantation is a historically significant Virginia residence as the birthplace of Benjamin Harrison V, a signer of the Declaration Of Independence, and his son the 9th President of the United States, William Henry Harrison.

You may have never noticed the four homes next to each other along Wallingford Avenue as you drive by. These four homes represent a unique period of home construction in America in the first half of the 20th Century. 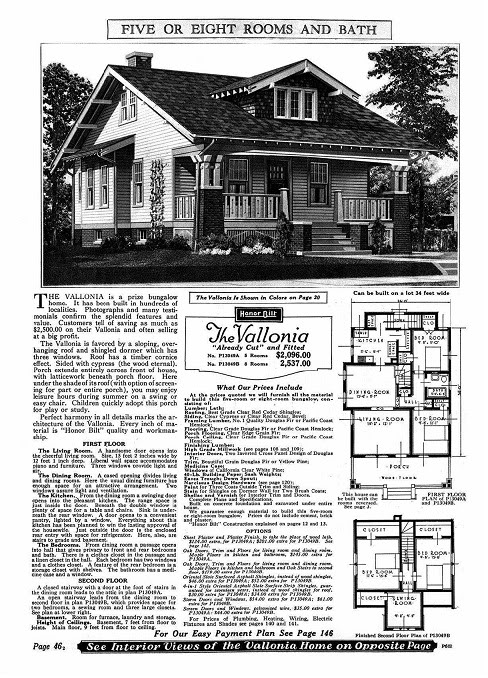 The Vallonia Model Was Among The Most Popular Sears Kit Homes

These four Wallingford homes were among more than 70,000 kit homes sold primarily through mail order by Sears & Roebuck via the Sears Homes Catalog between 1908 and 1940. More than 370 different home designs in a wide range of architectural styles and sizes were offered over the program’s 33-year history. Sears kit homes were sold primarily on the East Coast and Midwestern states, but examples have been found in many other area of the country.

Sears Modern Homes offered the latest technology available to house buyers in the early part of the twentieth century. Central heating, indoor plumbing, and electricity were all new developments in house design that “Modern Homes” incorporated, although not all of the houses were designed with these conveniences. Primarily shipped via railroad boxcars, these kits included most of the materials needed to build a house. It is thought that the material for the Sears homes in Wallingford may have arrived via rail car at the nearby Wallingford train station. A shipping label is still visible affixed to the framing in the house at 221 Wallingford Avenue.

Once delivered, many of these houses were assembled by the new homeowner, relatives, friends and neighbors, in a fashion similar to a traditional Amish barn raising. Other homeowners relied on local carpenters or contractors to assemble the houses. In some cases, Sears provided construction services to assemble the homes. Some builders and companies purchased homes directly from Sears to build as model homes, speculative homes or homes for customers or employees.

A fine example of a surviving Sears Kit home is currently on the market in Wallingford: 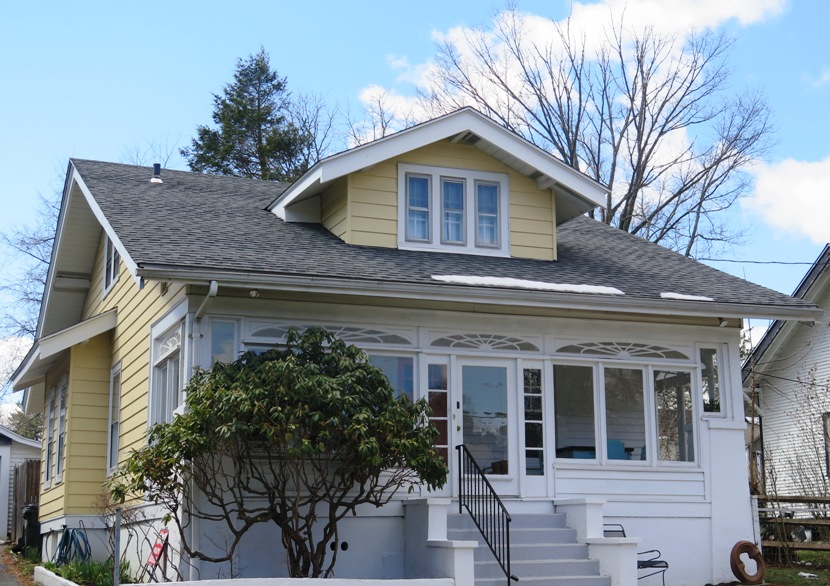 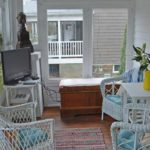 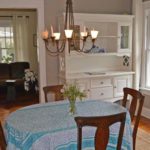 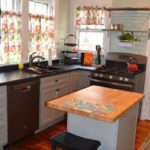 221 Wallingford Avenue is a fine example of an Arts and Crafts bungalow by Sears and Roebuck from the 1920’s. This charming home has 3-4 bedrooms and 1.5 baths featuring a open floor plan with a new kitchen, first floor bedroom and remodeled full bath, original hardwood flooring, new roof and central air. You will appreciate the solid construction of by gone days. Private fenced in back yard with a one car garage and a potting shed. A walk friendly neighborhood with new sidewalks into Media. 4th bedroom is being used as a walk in closet but could be enjoyed as a den or nursery. 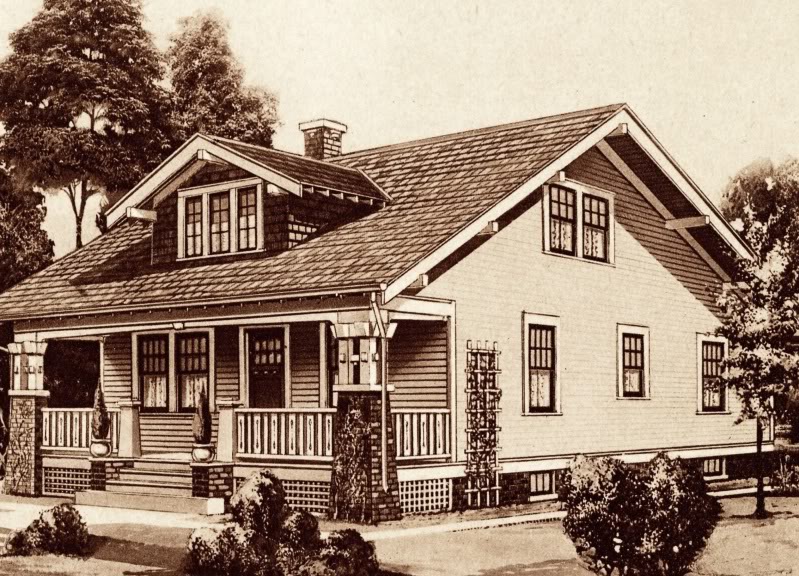 The Sears Vallonia was the classic Craftsman style bungalow, with its lone gabled dormer sitting atop a side gabled bungalow, is one of the most enduring and popular designs that Sears offered and was actively promoted until the company closed the home division in 1940. It was first offered around 1910 and also appeared in the final Sears Modern Homes catalog in 1940.  It was available as a five room home with unfinished attic, or as a fully finished four bedroom, one bath home.

Through the years the Vallonia underwent an number of minor design changes, with one of the most notable in 1922 being the incorporation of three casement windows in the dormer replacing a smaller dormer with two diminutive windows. It maintained this look almost unaltered for the next 18 years. 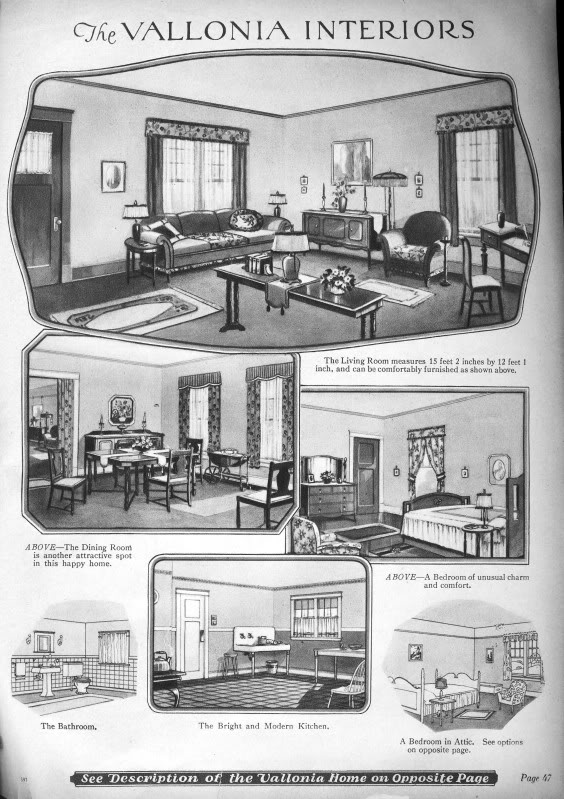 Visiting Colonial Williamsburg during the Holdiay season is a treat for all the senses. The doors of the historic district are decorated brightly with seasonal wreaths made of natural material, the enticing smell of burning wood fires fills the air, and the traditions and of a Colonial Christmastide are celebrated. 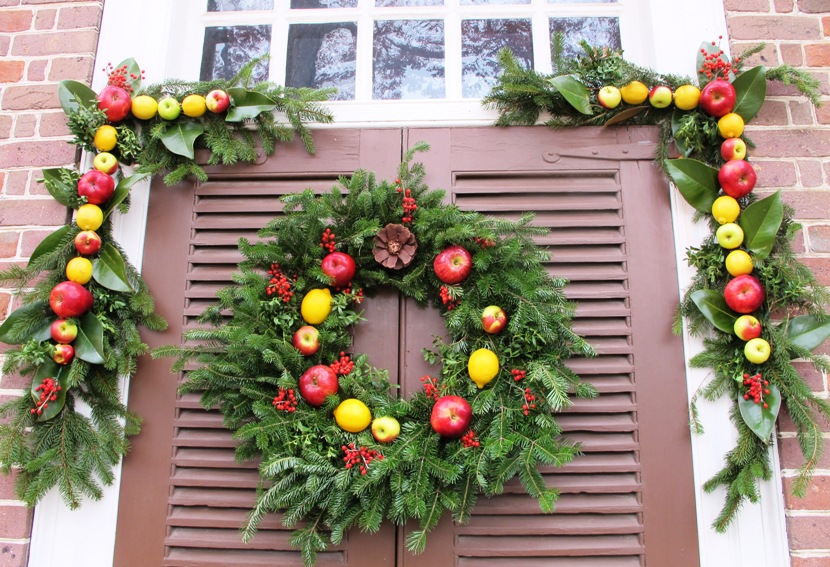 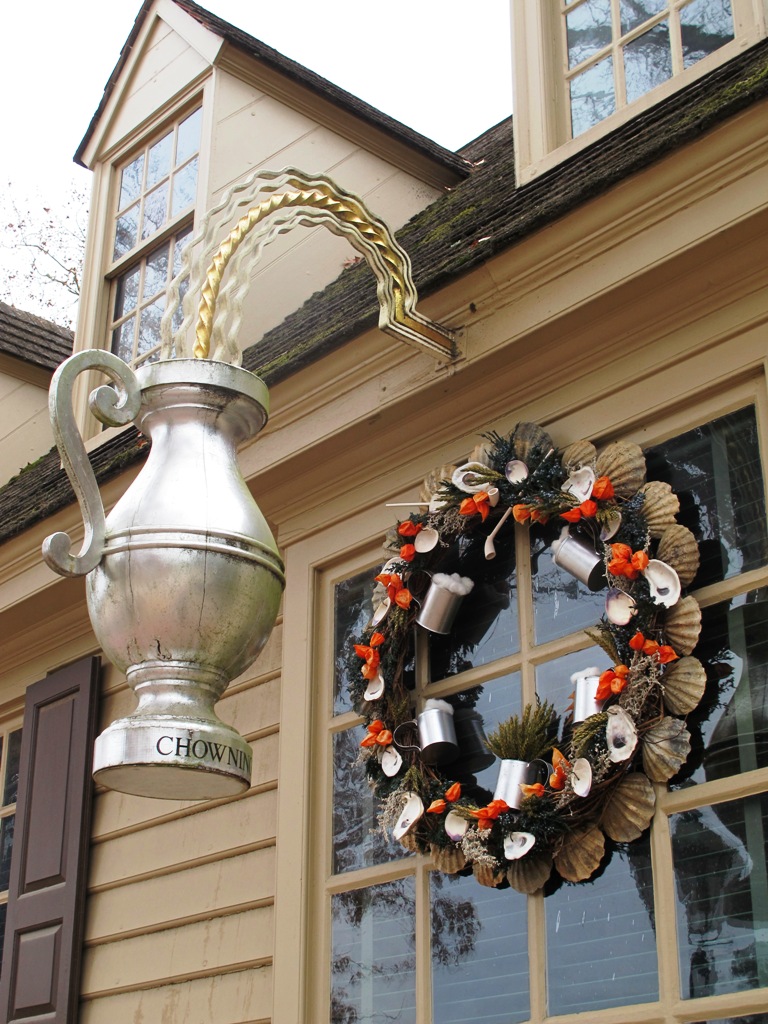 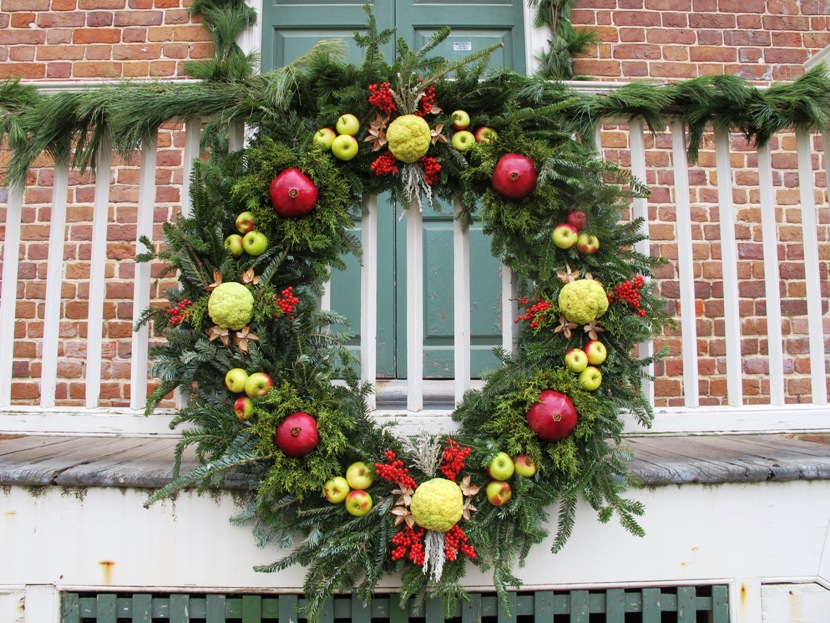 Colorful Wreaths Decorate The Homes Of The Historic District

The first weekend in December culminates in the Grand Illumination with firework displays lighting up the night sky over the Governor’s Palace, Magazine, and the Capitol. 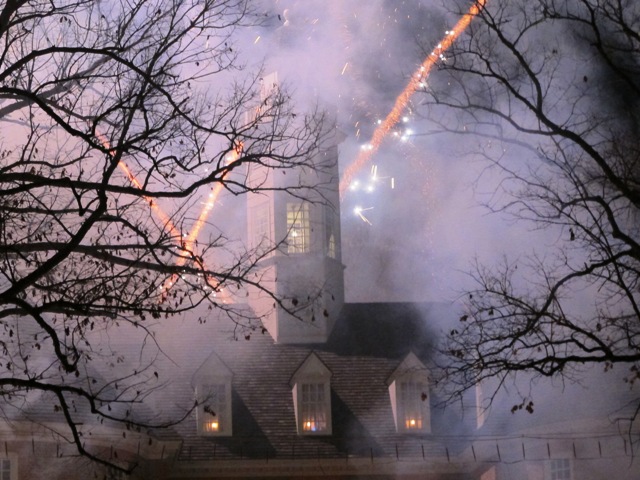 Fireworks Over The Capitol 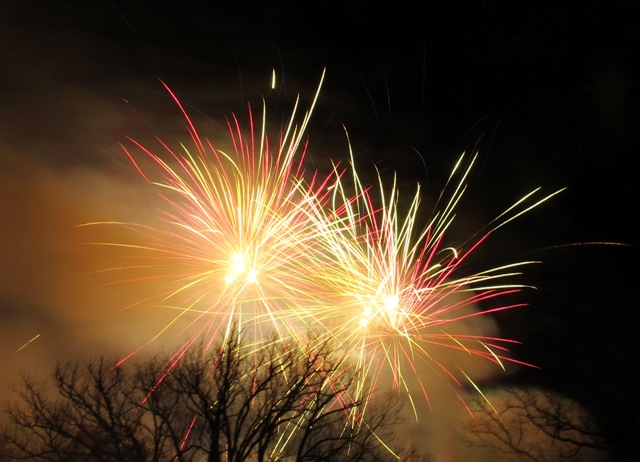 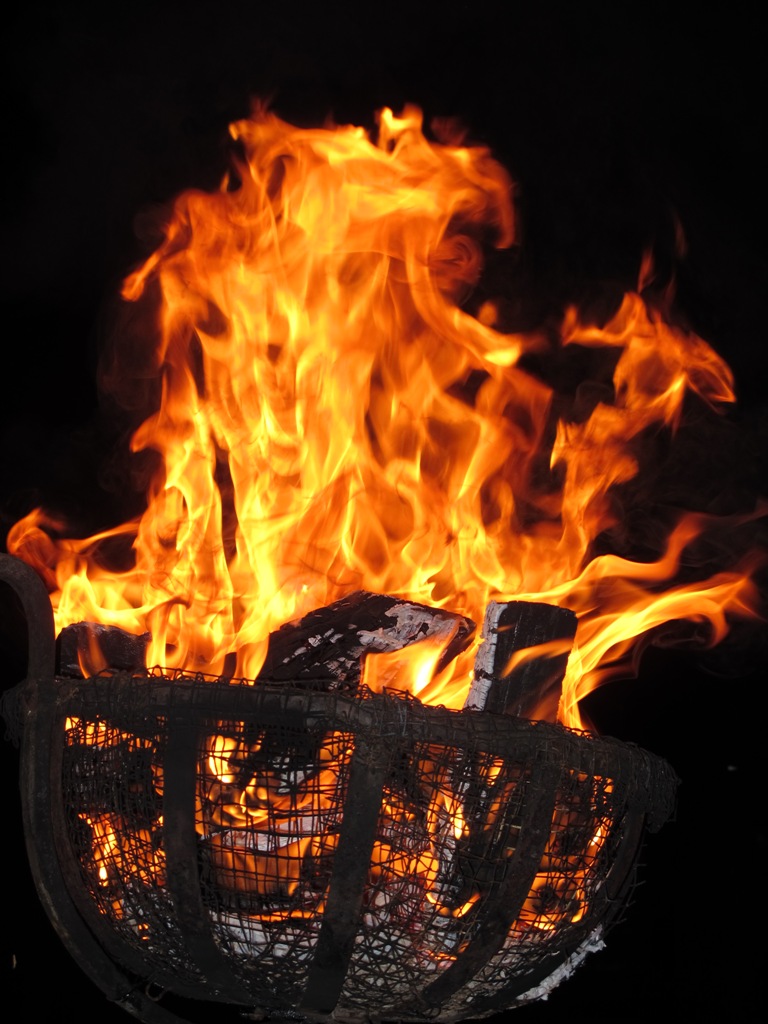 A Burning Cresset Lights The Duke Of Gloucester Street 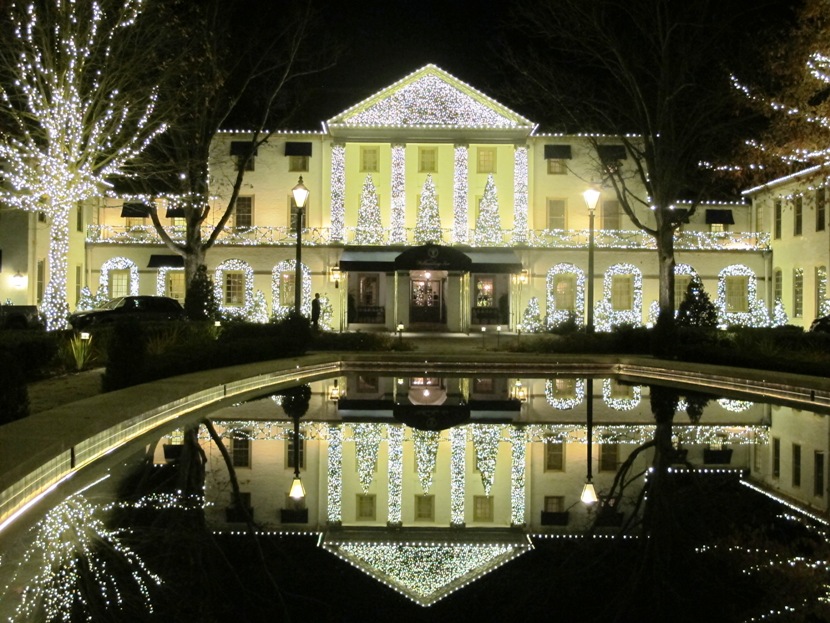