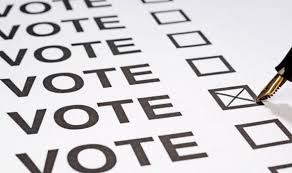 Have you ever wondered why Federal Election Day is always held on a Tuesday in November? The establishment of Tuesday as the day for elections was formalized in the mid 1800’s, and is rooted in the preferred method of transport at that time – the horse and buggy.

Voting locations in the mid 19th century were generally located in the county seat, not necessarily around the corner from the majority of the rural population, so voters needed a horse and buggy to travel to polling places. Most people had to travel an entire day to cast their vote, so Monday was not possible since it would entail traveling on Sunday, the Sabbath, and travel was frowned upon on that day.

Wednesday was ruled out as a candidate, since in a highly agrarian society it was often market day. So Tuesday became the day of choice for voting – travel to vote on Monday, vote on Tuesday, and return for market day on Wednesday. With that reasoning Congress set Tuesday as the day for Federal elections in 1845.

November was chosen as a preferable time of year to vote due to the fact that the Fall harvest season was over, and in the majority of the Union the weather was still favorable enough to permit travel over unimproved roads.